Sri Lanka’s form in the longer format of the game has been good in recent times. They drew a Test series in Pakistan earlier this year, and then went onto beat England in their own backyard last month. In Angelo Mathews,they have a fine captain. Veterans like Mahela Jayawardene and Kumar Sangakkarahave been leading from the front with the bat in hand.

For South Africa, Hashim Amla has been appointed as the new captain in place of Graeme Smith, who has retired from the game. They will depend on their pace trio of Dale Steyn, Morne Morkel and Vernon Philander to do the trick. South Africa’s batting mainly revolves around the likes of Amla himself and AB de Villiers.

Sri Lanka’s bowling line-up depends on Rangana Herath, the slow left-arm orthodox. Shaminda Eranga is their best quick. They also have Suranga Lakmal, who is making a comeback into the squad. The track at Galle should offer some seam movement early in the piece, before it starts to offer sharp turn during the later part of the Test match.

Catch Live Streaming of the match at tensports.com and live action on TenSports. 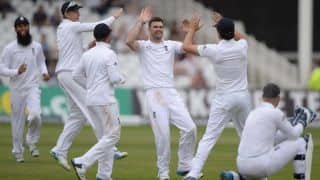