Lt Gen Ravi Thodge has been appointed the third member of the Committee of Administrators (CoA) running the BCCI.

Lt. Gen. Ravi Thodge, who has been appointed the third member of the Committee of Administrators (CoA) running the BCCI, Thursday said he is looking forward to his maiden stint in sports administration.

Thodge will join Chairman Vinod Rai and former women’s captain Diana Edulji in the panel entrusted with the job of running the BCCI by the apex court.

“I am absolutely honoured that I have been given this opportunity by the honourable SC to serve as CoA member,” Thodge, who is expected to attend Friday’s CoA meeting in New Delhi, told PTI.

“I hope I can live up to whatever is expected of me. I have been actively involved in sporting activities during my time in the Indian Army. But yes, this is my first foray into sports administration,” he added.

According to his profile on a defence portal, Thodge, a Param Vishisht Seva Medal awardee, has been involved in counter-insurgency operations in Punjab, North East and Jammu and Kashmir.

He was commissioned into 1st Gorkha Rifles in 1977 and commanded the regiment’s 5th Battalion during the Kargil war.

Asked about his latest assignment, Thodge refused to comment.

“I need to speak to my colleagues and then only I will comment on my new role,” he said.

A bench of Justices S A Bobde and A M Sapre appointed Thodge after senior advocate P S Narasimha, assisting the court as an amicus curiae in the matter, told the apex court that two members of the CoA have resigned.

In 2017, the apex court had appointed a four-member CoA, headed by former Comptroller and Auditor General of India (CAG) Rai, to run the affairs of BCCI and implement the court-approved recommendations of the Justice R M Lodha panel on reforms in the cash-rich cricket body.

The other three members of the CoA were Edulji, historian Ramachandra Guha and banker Vikram Limaye.

Following the resignations of Guha and Limaye, the CoA was left with only Rai and Edulji, who have had public spats over the handling of various issues such as the sexual harassment charge against BCCI CEO Rahul Johri and the appointment of women’s coach among others. 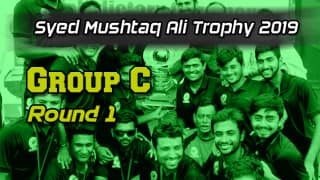 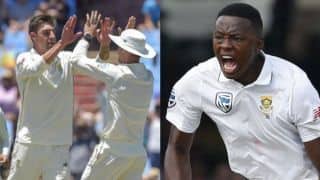