Former ICC Anti-Corruption Unit chief Paul Condon feels that the commercialisation of cricket with the advent of Twenty20 leagues such as Stanford Super Series played a major role in encouraging players to adopt corrupt means for earning quick money. 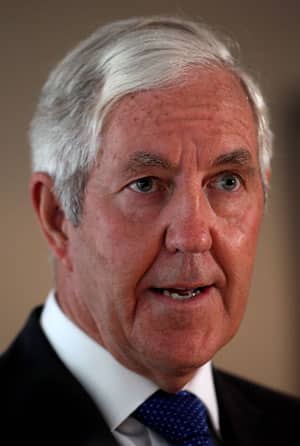 Former ICC Anti-Corruption Unit chief Paul Condon feels that the commercialisation of cricket with the advent of Twenty20 leagues such as Stanford Super Series played a major role in encouraging players to adopt corrupt means for earning quick money.

The winning team of that Super Series took home USD 20 million as prize money while the loser got nothing.

Condon said since many players were earning mind-boggling sums by playing in these short-format leagues, the ones who were not part of it, took the other route.

“The frenzied commercialisation of Twenty20 changed the whole dynamic. Cricket lost control of its integrity for about 18 months. People lost sight of what cricket was about. So you had the saga of helicopters landing at Lord’s, that whole Stanford thing with a million pounds coming out of helicopters,” Condon said.

“This made it easier for cricketers to have a twisted logic. ‘Well, everyone else is making squillions. All I’m going to do is bowl a couple of no-balls. I’m not even going to affect the outcome. We can still win, I could still be man of the match and a hero,'” he said.

He said when he warned the ICC Board at a meeting in 2008 about the rise of money-spinning Twenty20 leagues, the BCCI was angry at him for speaking against the IPL.

“I remember saying two choices. You can either say T20 is such a crazy form of game, you quarantine it. If current Test players go into that, they can’t come back to Test. But that would never work. You’ve got to have a fit and proper regime, as you would with gambling, and a proper anti-corruption endeavour to monitor tournaments,” Condon said.

“However, there was a lot of anger from the Indian representatives who said I had no right to suggest that. They felt I was challenging the legitimacy of the IPL,” he was quoted as saying by The Evening Standard.

Condon, who served as commissioner of London Metropolitan Police, has little sympathy for the three Pakistani players, who were held guilty of spot-fixing, not even 19-year-old Mohammad Aamer, who was given six months term in a young offenders institution.

“Aamer is an unsophisticated young man. If you’re put in an environment where you think your future career is threatened if you don’t do what your captain’s asking you to do, and there’s no one in the team management you feel you can go to, in that sense you feel sorry for that young man.

“But that’s not to say he doesn’t deserve a symbolic punishment. He’s the only one I have even a moderate amount of sympathy for. To keep cricket clean sentences have to be exemplary,” he said.

He is adamant that cricket must now implement two of the measures he recommended back in 2001.

On England captain Andrew Strauss’ view that the authorities were not doing enough to deal with the problem of corruption in cricket, Condon said, “I understand Strauss’ anger. They want someone to be able to wave a magic wand and say it’s all gone away. But life isn’t like that.

“Intelligent and sophisticated people like Strauss have to be part of the solution. And cricketers on the Indian sub-continent have to have confidence in their boards so they can whistle-blow. In recent years, there’s been very little whistle-blowing from current players.” (PTI)