This appointment is seen as a move to better connect the England cricket's governing body with British-Asian communities.

London: Lord Patel of Bradford, who has been appointed by the England and Wales Cricket Board (ECB) to its board of directors, has become the first British-Asian to be included to the 14-member strong body. Patel, who has worked for the Yorkshire Cricket Academy as a part-time coach, will be replacing Lord Morris in the ECB.

This appointment is seen as a move to better connect the England cricket’s governing body with British-Asian communities and promote the game, the Guardian reported. The move which could reap benefits in terms of participation figures and talent development, is supposed to be ECB’s attempt under the new chief executive Tom Harrison and the chairman Colin Graves to have better understanding and support within British-Asian communities.

Matt Dwyer, ECB’s new director of participation and growth, who was recruited from Cricket Australia, is expected to join the governing body later this month. 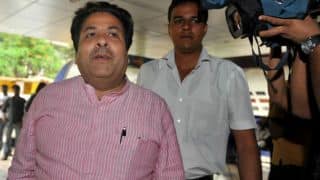