A Test Match between England and the West Indies will be played at Lord's in 2012, England and Wales Cricket Board (ECB) announced on Thursday. 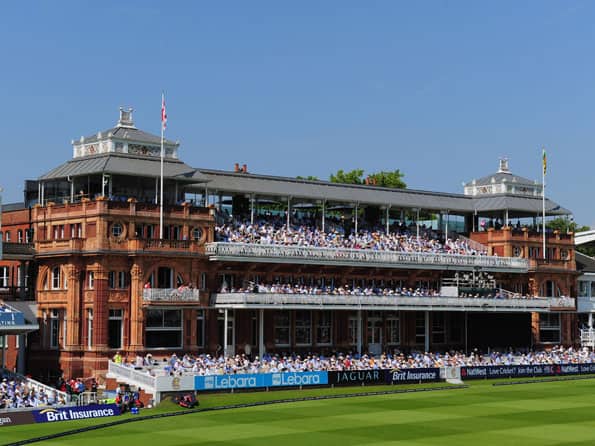 A general view of the Lord’s Cricket Ground in London, which will host a Test between the West Indies and England in 2012. The dates are yet to be announced by ECB Getty Images

A Test Match between England and the West Indies will be played at Lord’s in 2012, England and Wales Cricket Board (ECB) announced on Thursday.

It had been awarded the Test following a competitive tender process for bids by international venues.

However, the dates for next summer’s Lord’s Test match against West Indies will not be announced until the ECB has finalised the international match schedule for 2012 in its entirety.

The match, which had originally been awarded to Glamorgan CCC, was put back out to tender last month after the club advised ECB that it would be late in making its payment of the staging fee for hosting the recent England vs Sri Lanka npower Test Match in Cardiff.

West Indies are scheduled to visit England in May and June next summer for a three-match Test series followed by three NatWest Series One-Day Internationals and a NatWest International T20.