The International Cricket Council chief executive Haroon Lorgat has welcomed the return of Zimbabwe to Test cricket, as the African nation played its first Test since 2005, against Bangladesh on Wednesday at Harare Sports Club. 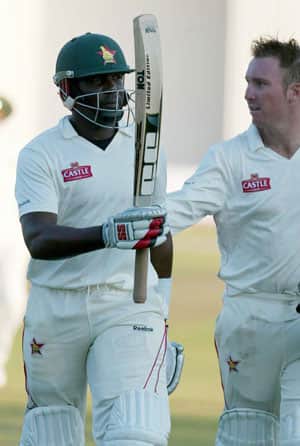 The International Cricket Council chief executive Haroon Lorgat has welcomed the return of Zimbabwe to Test cricket, as the African nation played its first Test since 2005, against Bangladesh on Wednesday at Harare Sports Club.

Since their voluntary withdrawal in 2005, Zimbabwe have not played a single Test. The ICC has been working with Zimbabwe Cricket, through the Zimbabwe Task Team, to assist them to make the return possible.

“The future of Test cricket must be supported and I am encouraged by the positive signs of recovery we see in the game in Zimbabwe. It is incumbent on the entire cricket community to work together to promote Test cricket and that is why I wish to support this Test match,” Lorgat said.

“Much has been done to improve cricket in Zimbabwe, especially in the past two years. It has been fantastic to see some experienced and talented individuals becoming deeply involved, including former players such as Heath Streak, Grant Flower and Alistair Campbell along with Zimbabwe Cricket’s chairman Peter Chingoka and chief executive Ozias Bvute,” he added.

“As we know, in order to maintain a competitive Test team, there needs to be a robust first-class structure that develops players for international competition. Zimbabwe’s domestic system has been revamped and now needs to be nurtured and maintained,” the chief executive stated.

“There is still a long way to go before Zimbabwe can compete consistently with the very best Test nations in the world, but this is a good start. They have been responsible by appreciating the need to be patient and gradual as they develop their team. I wish them well as they play this one-off test against Bangladesh and hope they develop to play a full Test series – home and away – against the top sides in the future.

“We want more competitive teams and so there is a need to focus on performance. That will, in turn, bring with it more fans, a rise in local interest and ultimately more players coming into the game. That is how we will continue to build a bigger, better global game.”