Senior batsman and former skipper Rahul Dravid has said that the 4-0 loss in the Test series against England must hurt Team India, as they would be inspired to play better from now onwards. 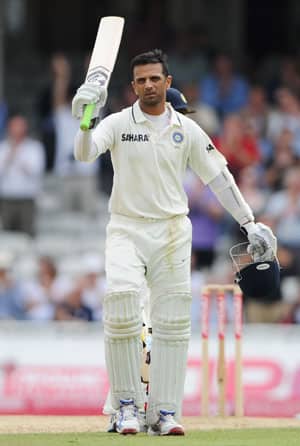 Rahul Dravid scored 461 runs in four Tests at an average of 76.83 against England Getty Images

Senior batsman and former skipper Rahul Dravid has said that the 4-0 loss in the Test series against England must hurt Team India, as they would be inspired to play better from now onwards.

“As a team, we need to digest this loss; it should hurt us, and, hopefully, make us get better from here,” Dravid said.

The former Indian skipper laid emphasis on a quality bowling attack, which is an essential part of any successful team.

“We need to recognise that bowling is a very important part of Test cricket. If we want to remain in contention for the number one spot, we need to get that side of things right,” Dravid said.

“Obviously, bowling is very important in Test cricket. If you want to win a Test match, you got to take 20 wickets. You can score as many runs as you want, but Test matches are only won when you take 20 wickets,” he was quoted by Rediff.

“I think that was the secret of India’s success in the last decade or so, when we won Test matches all over the world. We had a bowling attack that could take 20 wickets, not only in India, but in other conditions too. We have always possessed a bowling attack that could take 20 wickets in India, because we have had some great spinners,” the senior cricketer said.

“But the bowling of our fast bowlers was heartening over the last decade. A lot of them came together at various stages and bowled well,” he added.

Dravid was the lone fighter in the Test series for India hitting three centuries, as the tourists were whitewashed 4-0 by a better-prepared and determined England.

“Personally, there is satisfaction that I scored some tough runs there and did pretty well in those conditions. But it is much nicer when you do really well and the team wins as well; there is a lot more to celebrate about and lot more to be happy about. I am happy that the hard work I have put in has paid off,” he said.

“From a purely personal batting point of view, probably, they were some of the toughest conditions I played in. From that point of view, there is a lot that I can learn from and gain. I hadn’t done too badly in the few tours to England before this, but I hadn’t set the standards earlier,” he added.