The West Enders are planning to upgrade their sub-standard dressing room facilities.

Champions of Lancashire League, Lowerhouse Cricket Club have pleaded donors to donate for their “Changing our House” scheme in order to update their facilities and renovate their dressing room which have become sub-standard.

The West Enders planning to upgrade their sub-standard dressing room facilities have shaped plans for a four-room facility. They have also received a small amount of fund from Sport England as a part of the ‘Inspired Facilities’ scheme, reports burnleyexpress.net.

Based on guesstimate the planned workout would fall short of £30,000. Thus, for this very reason, the club is asking for a donation of £100 per share in multiples. As a result of the donation, the donor would receive a certificate and a durable cenotaph at the clubhouse. 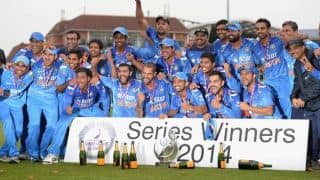