The iconic Eden Gardens witnessed the lowest ever crowd turn-out in an India match with just 27,000 watching the fifth and final cricket one-dayer between India and England. 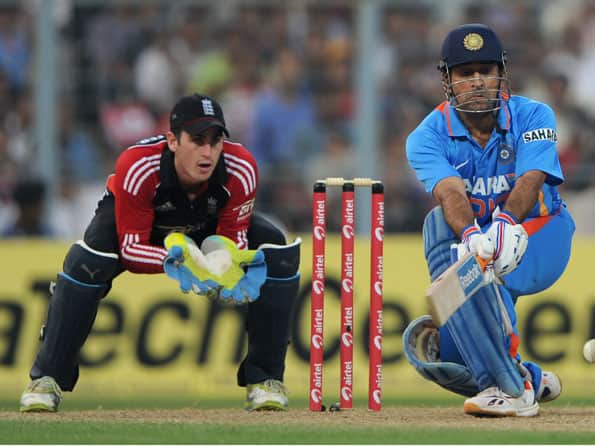 The iconic Eden Gardens witnessed the lowest ever crowd turn-out in an India match with just 27,000 watching the fifth and final cricket one-dayer between India and England.

Eden Gardens, which had witnessed one-lakh plus crowd cheering Indian cricketers in the past before its capacity was reduced to 65,000 recently, wore a grim look with less than half of the stadium being filled up.

As India batted first after England won the toss, 25,000 people watched the home side’s innings and the crowd swelled to 27,000 in the second innings, with large parts of the stadium vacant.

The modest crowd at the Eden Gardens though is the continuation of the pattern of low turn-out at other four venues in the earlier ODI matches.

“The turn-out is around 27,000 and it is the lowest ever in any match involving India,” said Cricket Association of Bengal Treasurer Subir Ganguly with a grim face.

Having robbed of India’s World Cup fixture against the same side due to unpreparedness of the stadium, the Eden was hosting the national side almost after two years.

But that did not matter much as people stayed away with less than 27,000 spectators turning up.

According to official figures from CAB, only 5,758 tickets were sold from the 24,000 that went for sale. The remaining tickets were distributed among the CAB members and affiliated units as there was a huge demand for the complimentary tickets.

The poor ticket sale was attributed to too much of India-England cricket and lack of interest because of a dead rubber as the home side had already taken a 4-0 lead.

A CAB official said, “There has been too much of India-England cricket. The interest would had been there if it was planned better. Moreover with the festive season at its peak — the Durga Puja for Bengalis just over, while Kali Puja (Diwali) is tomorrow. So many have given this a miss.”

The official said the one-off Twenty20 International on October 29 here would be a packed house.

“The response for the Twenty20 has been very good. We can expect at least 90 percent crowd,” he said. (PTI)