Lungi Ngidi has said he could be back playing competitive cricket sooner than expected with the knee injury he picked up last year healing quicker than thought earlier.

Lungi Ngidi has said he could be back playing competitive cricket sooner than expected with the knee injury he picked up last year healing quicker than thought earlier.

During South Africa‘s limited-overs tour of Australia in November, Ngidi injured his knee that was expected to keep him out of action for at least three months. He ended up missing the ongoing Pakistan series.

“The initial prognosis was that I would be out of action for 12 weeks, but it could be shorter than that before you see me on the field of play again,” Ngidi told Sport24. “I seem to be ahead of schedule, which is pretty good news. I’m not going to make any promises as far as returning to the field sooner than expected is concerned, but there is a possibility it could happen.”

He continued, “I’m no longer wearing a knee brace and am back to running and bowling again off a short run-up. I’m very relaxed about my recovery and the fact that I have remained part of the national squad during this period has been good for my mindset. I’m training with the Proteas trainers and getting treatment and, even though I’m not playing, I don’t feel out of place in the team environment. It’s been good seeing the guys pretty much every day over this time.”

He is taking inspiration from veteran Dale Steyn who has had his far share of injuries throughout his career but has been able to bounce back from them successfully.

“What I most admire about Dale is how consistent he has been over the years. He has endured a number of injuries as a fast bowler, but he has been able to come back even stronger from those setbacks. I’m looking up to that as a young player having now had a few injuries. Dale has underlined that if you work hard and do your rehab, it’s possible to come back and be an even better cricketer. He is a fantastic bowler and I have learned a lot from him in a short space of time,” Ngidi said.

Steyn recently overtook Shaun Pollock to become the all-time leading wicket-taker for South Africa in Test cricket. “Dale has shown dedication and determination and I am very happy for him that he became South Africa’s leading Test wicket-taker of all time during the three-Test series against Pakistan,” he said. 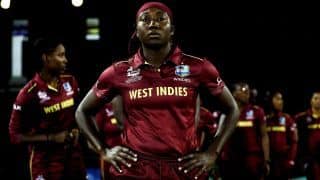 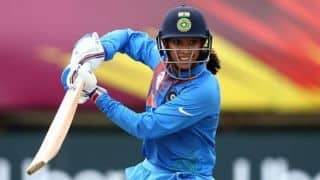