Birla had filed a written complaint with MPCA regarding Hirwani's alleged objectionable language.

Birla, who had played 18 first-class matches had aggregated only 45 runs in three Vijay Hazare Trophy innings for MP and was subsequently dropped by selection committee under Hirwani’s chairmanship.

However Birla had filed a written complaint with MPCA regarding Hirwani’s alleged objectionable language and the state association will conduct an inquiry into the matter.

“Udit Birla (25), the cricketer, has said in his petition to the MPCA that Hirwani used objectionable language,” MPCA secretary Milind Kanmadikar told PTI.

He added,”MPCA is conducting a probe and we have written to Hirwani, asking him to present his version of the incident.”

According to sources, Birla had sent a text message to the former international cricketer staking claim for inclusion in the state Ranji team which led to the incident.

Hirwani has also served as a national selector after his indifferent international career of 17 Tests and 18 ODIs ended. He could not be contacted for a comment. 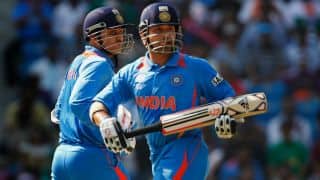 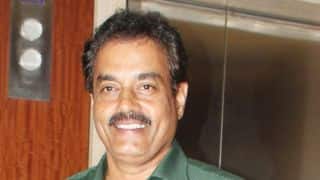