The Little Master had appealed to his followers on social media platforms to vote.

Former Indian cricketer Sachin Tendulkar on Wednesday casted his vote during the Maharashtra Assembly elections. The Little Master had appealed to his followers on social media platforms to vote.

I have voted, am sure you have too !! pic.twitter.com/bpIMhvG4Pm

According to a report by IANS, ‘Go vote’ and ‘Get inked’ is the mantra that Bollywood stars like Salman Khan and Abhishek Bachchan spread among their fans via Twitter, the day of the assembly elections in Maharashtra. The stars themselves cast their vote and posted selfies of their inked fingers.

Milind Soman: Get out and vote! Be proud to be part of the largest democracy in the world, to keep it healthy is in our hands. 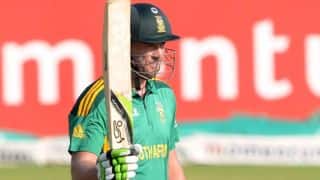