Mahela Jayawardene has been approached for the proposed Legends' T20 matches, promoted by legends Sachin Tendulkar and Shane Warne.

New Delhi: Former Sri Lanka captain Mahela Jayawardene has been approached for the proposed Legends’ T20 matches, promoted by legends Sachin Tendulkar and Shane Warne to make inroads into the untapped US market. A source close to the Lanka’s legendary batsman confirmed the development. “Yes, Mahela has been approached to play in the league promoted by Tendulkar and Warne. At this point I can only confirm about the offer being made but a few details still needs to be worked out,” a reliable source close to the cricketer told PTI on conditions of anonymity. Sachin Tendulkar and Shane Warne plan to start T20 league involving former international greats

However the chances of Jayawardene signing for the proposed Legends ‘ T20 matches seems to be more than 90 percent at the moment. “At this point of time, Mahela after his retirement from all forms of international cricket, is only freelancing in the private T20 leagues across the globe. His next assignment is Caribbean Premier League. After that, he is relatively free and there is no reason why Mahela won’t be signing on dotted lines,” an official tracking the development said.

It has been learnt that around 28 retired cricketers will be approached for the matches which will be mainly held in the US cities like New York, Chicago and Los Angeles with the first set of matches being tentatively planned during end August or early September this year. These three cities have been initially earmarked as it will give the South Asian diaspora in the United States, a chance to see the living legends of international cricket, live in action. While these matches are strictly exhibition matches with no official status whatsoever, the organisers may still have to approach the ICC for its approval. “At this point the ICC has received no communication on the proposed T20 league. There is a process in place with regard to events such as this and the ICC will deal with it once it is approached,” an ICC spokesman said.  Shane Warne’s manager feels Cricket All Stars League could be a risky proposition

While Brett Lee, Matthew Hayden, Adam Gilchrist and Ricky Ponting in all likelihood are going to be a part of this venture alongside Warne, South Africans Jacques Kallis, Allan Donald, Pakistan’s Shahid Afridi, West Indians Brian Lara may also be seen entertaining their fans once again. While there are no confirmation from any of the big former India cricketers but it has been learnt that the likes of Anil Kumble, Sourav Ganguly, VVS laxman will only sign in dotted lines after getting permission from the BCCI. 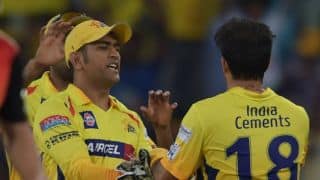 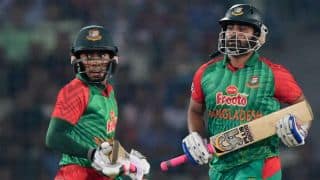