The venue will be spread over 26 acres in Diyagama (Homagama).

The Sri Lankan government has announced it will build the country’s largest cricket stadium in Homagama which will have a capacity to host 60,000 spectators.

However, legendary batsman and former Sri Lanka captain Mahela Jayawardene is against the plan saying the existing infrastructure isn’t being utilised to the fullest thus the addition of another stadium defies logic.

“We don’t even play enough international cricket or domestic first-class cricket in the existing stadiums we have … Do we need another one?” Jayawardene posted on his Twitter handle.

The venue will be spread over 26 acres in Diyagama (Homagama).

Plans are to complete the construction of the facility in three years which will also be equipped with floodlights. 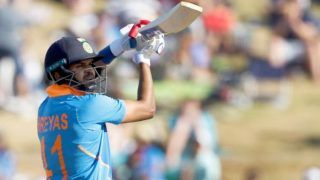