Mahela Jayawardene says he will give up the captaincy after Sri Lanka's current Test and one-day tour of Australia, with Angelo Mathews seen as his likely replacement. 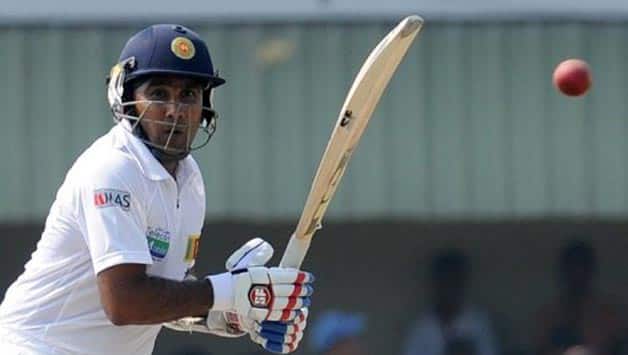 Mahela Jayawardene said it was time for a younger leader and nominated Mathews, his vice-captain, as ideal to assume the role AFP

Mahela Jayawardene says he will give up the captaincy after Sri Lanka‘s current Test and one-day tour of Australia, with Angelo Mathews seen as his likely replacement.

The 35-year-old said it was time for a younger leader and nominated Mathews, his vice-captain, as ideal to assume the role.

Jayawardene’s second stint as captain began in January, when he was called in to replace Tillakaratne Dilshan and he committed to a 12-month tenure, which expires at the end of the current tour.

“I took over the captaincy for 12 months and that ends after this series,” said Jayawardene, who is lining up for his 136th Test against Australia in Hobart on Friday.

“I don’t want to continue captaining Sri Lanka after this tour so this will be my last. I hope I don’t get any SOS calls later on.

“We need to move on to a younger leader and it’s much easier for Sri Lankan cricket if we get a new guy in while the senior players are still around so we can help him out.”

“The selectors are quite happy in going in that direction,” he added.

“Angelo is the one everyone has earmarked for the job and I think he’s good enough,” he said.

“If Angelo gets the opportunity it’ll be much easier in the transition because he’ll have Kumar Sangakkara, Dilshan and myself around him in tough situations so we can build him through that period and after that he’ll be on his own.

“I think this is the right time. We don’t have much cricket next year, not many big tours, so it will be a nice easy start for Angelo if he takes over.”