Jayawardene has appeared in all four T20 World Cup events till now.

Sri Lankan stalwart Mahela Jayawardene announced his retirement from Twenty20 International (T20I) cricket after the conclusion of the ongoing ICC World T20 2014 in Bangladesh, a format in which he flourished as one of the most successful batsmen.

Jayawardene made the announcement through the International Cricket Council (ICC’s) Twitter Mirror campaign, in which players have been posting photographic messages directly to their fans through the social networking website.

The decision came a day after another Sri Lankan veteran Kumar Sangakkara announced retirement from the shortest format in the international circuit after the ICC World T20.

The 36-year-old Jayawardene, who has appeared in all four T20 World Cups till date, will quit the shortest format as one of the all-time top batsmen.

With 1335 runs from 49 T20 matches at an average of 31.78 and with a strike rate of 134.17, Jayawardene is currently the highest Sri Lankan run getter in T20s and second overall behind Brendon McCullum (1959 from 64 matches) of New Zealand. He was the captain of Sri Lankan team which lost in the final of the last ICC World T20 at home against the West Indies.

Jayawardene is one of the few batsmen who have scored a T20 International century. His 100 — which is also his highest T20 score — came against Zimbabwe in Guyana during the 2010 ICC World T20. He has scored eight half-centuries in T20 international matches.

Jayawardene made his T20 debut in June 2006 against England at Southampton. He led the Delhi Daredevils side in the Indian Premier League (IPL) last season but found no buyers in the players’ auction this year.

Asked about the retirement of the veteran duo from T20s, Sri Lankan opener Lahiru Thirimanne said, “They (Sangakkara and Jayawardene) are great cricketers. It will be difficult to match them.”

Explaining the reason behind his decision to quit T20 Internationals, Jayawardene said, “The rationale is pretty much same as Sanga’s. When it is clear that I can’t see myself playing in the next ICC World T20, there wasn’t much point in me occupying a spot.

“It makes more sense for a youngster to come into the mix and establish himself,” he was quoted as saying by Wisden India.

Jayawardenene’s place in the history of Sri Lankan and world cricket is secure, thanks mainly to his achievements in Test and 50-over cricket.

In 143 Test matches, Jayawardene has scored 11319 runs at an average of over 50, his highest score being a mammoth 374 against South Africa at his beloved Sinhalese Sports Club Ground in Colombo in 2007.

Jayawardene also topped 10000 runs in One-Day Internationals (ODI) , proving that there was room for aesthetically pleasing and wristy batsmen who relied on timing rather than brute power.

In T20 Internationals, Jayawardene has shown a remarkable ability to innovate, tasting most of his success opening the batting.

Jayawardene also led Sri Lanka in 19 T20 games, winning 12 of those matches with one game being tied. With 14 catches, he is also Sri Lanka’s best fielder in the format.

“While I enjoy all formats of the game, and Test cricket is certainly the pinnacle for any player, the journey in T20 cricket has been fascinating.

“In many ways it helped me get back to my roots, to bat like I used to when I was a schoolboy, for the sheer love of playing attacking shots and expressing myself with full freedom,” said Jayawardene. 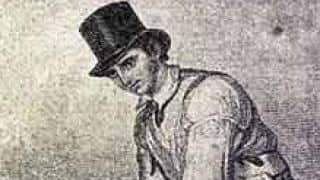