The pair of Wagner and Santner unbeaten on 7* and 49* runs respectively to take New Zealand into tea at 492 for 8, trailing Bangladesh by 109 runs.

Bangladesh for most of the session looked unimpressive but struck late in the post-lunch session against New Zealand on Day Four. New Zealand were in the game for most the time with BJ Watling and Mitchell Santner going great guns with the bat. It was the unexpected arm of Mahmudullah that pulled things in favor of the visitor s with his off-break bowling. New Zealand going into tea were still short of 103 runs to Bangladesh’s 595 for 8 declared. The match at Basin Reserve in Wellington is equally balanced in tilt of both teams at this moment.

BJ Watling and Mitchell Santner denied Bangladesh chances of rounding off the hosts tail but a resolute stand for the seventh wicket. Bangladesh after picking quick wickets on the dying moments of first session were undone by some aggressive hitting. Shakib Al Hasan in the post-lunch session was ineffective to say the least. Santner in particular took charge on Shakib, throwing him off his line. Watling on the other hand, took time to get his eye in and shortly started to go hammer and tong over the Bangladeshi bowlers

Watling to his credit drove to near perfection on most occasions. The one thing that was great to see was that Watling and Santner ran well between the wickets, which enabled the scoreboard to keep ticking.

Santner soon came into his own, started hitting boundaries at will. Santner in particular took runs in front of the wicket. Sadly for Bangladesh, Mehedi Hasan has been a let down through the Test.; going wicket less so far.

Watling, who looked good for a half-century, got out on 49 runs off Mahmudullah. Mahmudullah bowled a wide delivery to which Watling takes a wild swing and gets an edge to the wicketkeeper.

Mahmudullah struck again in the same over getting rid of Tim Southee for one, this time off a better delivery. Mahmuddulah got the bowl the come into the batsmen that hit Southee right in front of his middle-leg stump.

Neil Wagner came out in the middle to join Southee. Amidst all the wickets falling around Mitchell Santner continued to pillar one end of the pitch.

The pair of Wagner and Santner unbeaten on 7* and 49* runs respectively to take New Zealand into tea at 492 for 8, trailing Bangladesh by 103 runs. 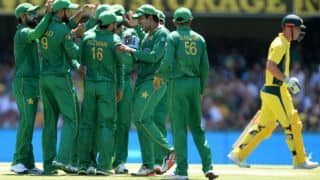 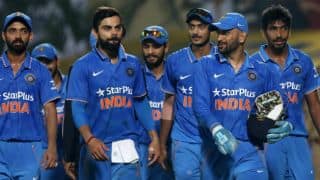