With this win, Khulna Titans move to second in the BPL 2016 table and have therefore qualified for the next round.

Khulna Titans have beaten Dhaka Dynamites by 4 wickets to book a place in the next round of the Bangladesh Premier League (BPL) 2016, courtesy of a brilliant half-century from their skipper Mahmudullah. They will play Qualifier 1 of the tournament, once again with Dhaka Dynamites. The Dynamites will ook to avenge their defeat in that match. The Titans however did not get off to the best of starts in this game. This after Abu Jayed bowled just one ball and walked off the field as it seemed like he tweaked something. They lost an early wicket of Andre Fletcher for just 9. From there they upped the ante and they brought up their 50 in the seventh over. More importantly, they had not lost any further wickets. Full Cricket Updates: Dhaka Dynamites vs Khulna Titans BPL 2016, Match 42

But Ravi Bopara was brought into the attack and in his second over, he got rid of the dangerous Hasanuzzaman for a 19-ball 40.

Titans once again went on the rampage with Mahmudullah and Abdul Mazid putting on 46 in really quick time, before Bopara once again returned to the attack to dismiss Mazid for 21. Mahmudullah at the other end was going strong, scoring at almost 200. The required run rate was brought down to under 6 an over in the 17th over and it became difficult for Dhaka Dynamites to contain the Khulna Titans batsmen from there.

They did not break any sweat from there and went on to win the match easily. However, Mahmudullah was dismissed for a 28-ball 50 in the latter stages of the game, but the damage had already been done. Earlier, Khulna Titans had won the toss and elected to field first. Dhaka Dynamites are on top of the table, and have already booked their place in the next round of the competition. 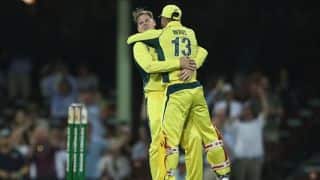 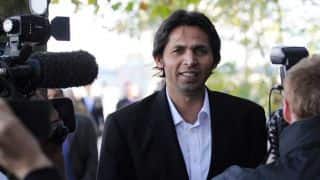