So far in the Australian series, Kumar has registered scores of 20 and 32* that have helped India post challenging scores.

Most heartening thing about India cricket currently is the contribution of its lower-order batsmen across formats. One of India s mainstay in lower-order defiance has been Bhuvneshwar Kumar. Kumar is no mug with the bat, having scored 3 Test half-centuries already, including one at Lord s. Kumar s batting against Sri Lanka and now in against Australia has brought India back from a hole quite a few time.

Talking about his maiden ODI fifty, Kumar said in the post-match conference at Kolkata, “I haven’t tried anything out of the box. It’s just that I have a natural talent of batting. Especially in Tests, I can contribute. But when it comes to ODIs, the number at which I bat, 8 or 9, it usually requires me to hit the ball and go from the word go, which I admit I don’t have the ability. However, in the last 3-4 matches, I got the opportunity to play 10-25 overs.”

He credited his knock at Pallekele for his growth as a batsmen in ODIs. “Especially the innings against Sri Lanka boosted my confidence a lot. It made me belief that yes, I can contribute with the bat in ODI cricket as well. Unfortunately, in the last two matches, we lost wickets and I was required to stay at the wicket for 10-15 overs and make runs, Kumar explained

So far in the Australian series, he has registered scores of 20 and 32* that have helped India post challenging scores. In the second ODI at Kolkata it was his devastated bowling that rocked Australia s top-order as he dismissed David Warner and Hilton Cartwright.

“Initially, I used to rely on the conditions and the wicket. But as you play international cricket, you get to know where you need to improve. After making my debut, for one year or so, I thought about increasing my pace. But I didn’t have any clue how to increase my pace, Kumar stated.

“Generally, it is said that training and working on fitness helps in increasing the pace. When our new physio came in, I trained with him and my pace got increased. After my pace got increased, I got to know I don’t have to try too many things but to focus on swing. It is absolutely true that the increase in pace in death bowling also. IPL did help but increase in pace did help me a lot, Kumar concluded. 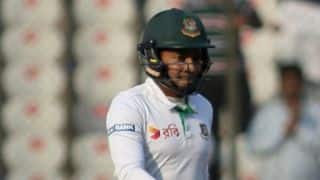