Mandeep Singh helped RCB beat KKR with an innings of 45 not out.

Bengaluru: Mandeep Singh, who starred in Royal Challengers Bangalore‘s (RCB) victory on Saturday, said playing a waiting game was the best option for him while chasing a challenging target set by Kolkata Knight Riders (KKR) in their Indian Premier League (IPL) 2015 encounter. Mandeep scored a match-winning 17-ball 45 in a chase of 112 runs in 10 overs in the rain-hit game. READ: Mandeep Singh guides RCB to victory over KKR

“I was trying to keep things very simple — like if there is a bouncer I have to pull and if there is a slower ball, I have to whack. I was trying to keep it very simple. I knew that opportunities will come to me — I was waiting for those bad deliveries,” he told reporters when he was asked what was going in his mind after the fall of Virat Kohli’s wicket during the run chase.

Mandeep said the team is feeling confident after pulling off three consecutive victories. “First few games we were not able to get our combination right but now the combination is very good. Everyone is looking in a good touch. We are very much confident that we would do the same in the forthcoming games,” he said. Mandeep said working with South African-great Allan Donald has also helped his game. “I was working on my backlift. Allan is the only one who throws with that stick and it feels like match situation – so that was the main motive,” he said. 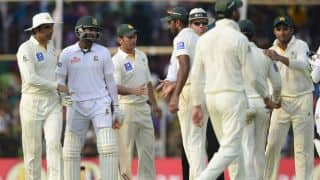 Rameez Raja: I don't know where Pakistan cricket is going 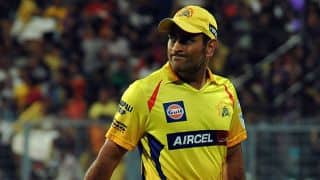