Middle-order batsman Manoj Tiwary, who guided India to a 34-run victory over the West Indies in the fifth and final one-dayer, dedicated his match-winning century to those who died in a Kolkata hospital fire on Friday. 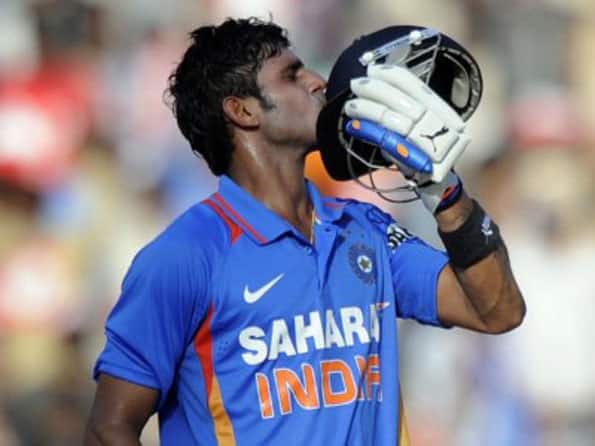 Middle-order batsman Manoj Tiwary, who guided India to a 34-run victory over the West Indies in the fifth and final one-dayer, dedicated his match-winning century to those who died in a Kolkata hospital fire on Friday.

“I want to dedicate my man of the match award to all the people who died in the Calcutta hospital tragedy. It was an unfortunate incident and it should not have happened,” Tiwary, who scored 104, his maiden century, before retiring hurt, said at the post-match presentation ceremony.

Tiwary, who was playing his only match in the five-ODI series today, said the Chepauk pitch suited him to his style of play.

“I enjoyed it. It wasn’t coming onto the bat, it made my game easier. Generally I play spin pretty well, so I made sure I took advantage of the loose balls,” he said.

The Bengal batsman, who retired hurt in the 38th over due to cramps after hitting 104, said he did a mistake by not hydrating much before the match.

“I didn’t hydrate enough before the match, that is my mistake. I had cramps because of that. I have to hydrate before playing in future,” he said.

He thanked the team management for backing him and making him comfortable in the dressing room.

Gautam Gambhir, who led the side after Virender Sehwag decided to rest himself, gave credit to bowlers for defending the total of 267 and for not allowing Kieron Pollard, who struck a 110-ball 119, to run away with the match.

“We know what Pollard can do on his day, but credit to the bowlers who stuck to their game. It was a matter of just one ball. Every ball he (Pollard) middled was going out of the ground, but you have to stick to your line and length,” he said.

“Our bowlers did just that. We missed Ravichandran Ashwin in the spin department. But Rahul Sharma and Ravindra Jadeja bowled well,” he added.

Gambhir said the team management thought 240 could be a good score to defend but at the end they made 266.

“We thought 240 would be a good total. But we ended up scoring 266, thanks to Manoj. Good to see Manoj get the hundred, hopefully he will go on and get many more,” said Gambhir.

He said Indian cricket’s future is bright as the bench strength of the team was strong and there was stiff competition among the players.

Sehwag was all praise for the young team for the 4-1 series win over the West Indies.

“I am satisfied with the young team. Especially with the young fielding and bowling unit. West Indies have some big hitters but our bowlers did well throughout the series. Credit to the players for winning the series 4-1,” he said.

He was happy that all the players got a chance to play in the five-match series.

“They were all eager to play. I asked everybody can you take a break, they said no, so I had to take the break. I am happy that all of them played in the series and they did well,” he said.

West Indies captain Darren Sammy was happy with the way his team fought despite losing the series.

“Congratulations to Pollard on his first one-day hundred. It was really good to watch. We have been paying some good cricket, we have been fighting throughout, but unfortunately we are not finishing things off,” he said.

“Everybody expected us to roll over, we did not. We showed our never-say-die attitude. I’d like to congratulate the boys on the effort, the way they supported me in the tough series. We can only move forward from here. Congratulations to Sehwag and his team, but we can hold our heads high,” he said.

Man of the Series Rohit Sharma said he has forgotten the past when he was at wilderness and he now wants to make a beginning.

“I didn’t want to think about the past. Whatever has happened has happened. It was a new beginning, I analysed my game, I rectified the mistakes. Hopefully it won’t be repeated,” he said.

“It (the injury in England) was frustrating. I was in good form from West Indies, and wanted to carry on. Hopefully no more injuries. Touchwood, I will be playing for a long long time. I have been watching closely M S Dhoni and Yuvraj Singh bat with the tail and finish matches off, so I have learned from them.” (PTI) 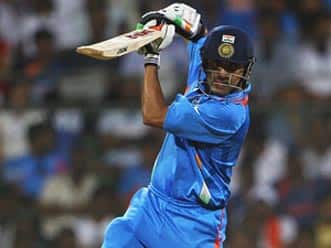