He has been ignored from India's 15-member squad for the first two Tests against England, yet Manoj Tiwary has taken the decision of the selectors in the right spirit. 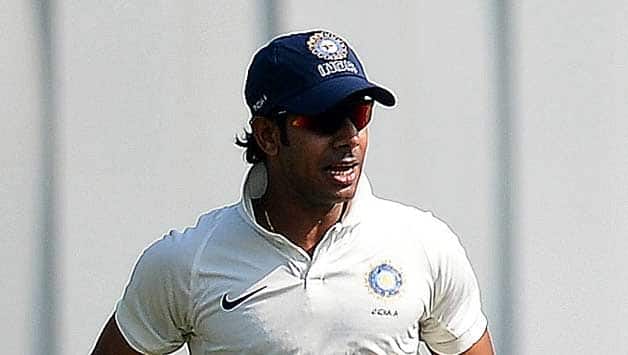 He has been ignored from India‘s 15-member squad for the first two Tests against England, yet Manoj Tiwary has taken the decision of the selectors in the right spirit.

“My reaction was normal when I first came to know about it after tea from Ashok Dinda that no player from Bengal was in the squad for the first two Tests. It s a part and parcel of any sportsman s life I ve taken it in a positive way and in the right spirit,” the talented middle-order batsman said.

“There were a lot of thoughts that came into my mind when I came to know about it. My next target is to perform in the coming days in the Ranji Trophy,” Tiwary was quoted as being said by The Telegraph.

After having scored consistently at the domestic level and in the limited opportunities at the international level, doesn t the thought of what next crop up in his mind?

Tiwary said he does wonder sometimes why there are limited opportunities at the international level, even though he has been playing considerably well at the domestic level.

He says, “Yeah it does But we ve quite a few games coming up. I always try to motivate myself by thinking that I have a lot of time I am young, and touchwood, things will fall in place The big runs will come. I just have to be patient.”

“I don t regret anything in life nowadays I always focus on my next innings. I keep myself in the right frame of mind and don t want to be distracted by any negative thoughts,” he further added.

“My mindset is tough. I learnt a lot of things when I sat out for 14 ODIs after scoring a hundred. I know how to motivate myself in the right direction

“I ve got used to such things now. Thankfully, I ve people around me who guide me in such tough times and help me a lot. Such things don t distract me anymore. I ve matured as a person.”

Tiwary will be leading Bengal in the next Ranji Trophy match against Punjab, starting November 9. Bengal won three points against Rajasthan even though the match ended in a draw. They earned the points on the virtue of first innings lead.

“I love playing for Bengal I m a firm believer that day is not far away when things will fall in place. It would be a dream come true if I get to debut at the Eden,” Tiwary concluded.