For the 29-year-old, the most important aspect will be to get his share of chances.

New Delhi: Being on the fringes of Indian cricket team for years can be a tad frustrating but Manoj Tiwary has learnt to live with it and is now preparing for the upcoming challenge in Zimbabwe with some “great advice” from VVS Laxman.

“I spent a considerable amount of time with Laxman bhai recently during CAB‘s Vision 2020 camp. While his technical inputs were priceless, what stood out for me was his advice to stay in present and just focus on very next assignment,” Tiwary, who returned after a vacation in Europe, told PTI in an interaction, here today.

“He [Laxman] has followed my career closely. He told me, ‘Manoj, it’s not easy to make comeback after so many injuries.” BCCI congratulates Hrishikesh Kanitkar, Ajay Ratra on India careers

“It’s already a hardwork, so it’s all the more necessary for you to shut out negative thoughts and concentrate on being a better cricketer than what you are at the moment.’ I found his words very encouraging,” said the Bengal batsman, who has 253 runs from 9 ODIs.

For the 29-year-old, the most important aspect will be to get his share of chances in the upcoming tour of Zimbabwe, where India play three ODIs and two T20 Internationals.

“I am going with a blank mind. Because, too much of planning can clutter your mind. I don’t know at what position I will be batting. It will be a different plan if I am out there in the 10th over and a different plan batting in the 45th over. BCCI issues tender for equipment right of audio-visual production

“All I want is to get opportunities to perform and represent India for long time. The selectors have given me an opportunity and I better not disappoint them,” said Tiwary.

Tiwary also has a very pragmatic approach about what will happen when the seven regulars including skipper Mahendra Singh Dhoni, Test captain Virat Kohli, Suresh Raina and Rohit Sharma make a comeback.

“You can’t play international cricket with so much of baggage and fear factor. I can’t go to the batting crease thinking about what will happen when the regulars come back or whether I am a stop-gap selection. My job is to perform and cement my place in the team.” Manish Pandey: My goal is to be in the Indian side for a long time

“Over the years, I have had a lot of injuries at the wrong time which has robbed me around 6-7 months everytime. This has been a kind of impediment for me in getting a permanent slot in the team,” reasoned Tiwary, who has more than 5700 first-class runs from 78 matches.

While he didn’t have a great First-Class season by his standards, Tiwary feels that his performance in the limited overs format has been pretty impressive.

“I had a good Vijay Hazare trophy as well as a good Deodhar Trophy. I missed out on a century in Ranji Trophy against Tamil Nadu. I can confidently say that my limited overs performance in domestic matches was good. As far as IPL is concerned, it is a closed chapter for me as I don’t think I got enough chances,” said Tiwary. Sourav Ganguly’s offer was too good to turn down, says Pragyan Ojha

Is he eyeing a spot in the Indian T20 team for next year’s World T20, Tiwary’s reply was straightforward.

“As I have earlier told you, I don’t want to look too far ahead. For me, the most important thing now are the five matches against Zimbabwe,” he concluded. Suresh Raina: I have always played the game in right spirit 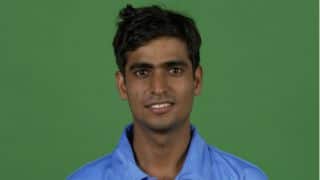 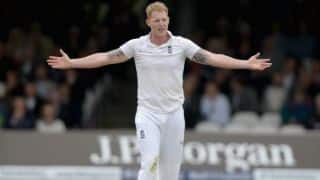