Tendulkar was present at the Royal Box in Wimbledon on Saturday.

Despite being one of the greatest batsmen the game has ever produced, Sachin Tendulkar, yet remains unknown to many sports personalities across the world. The current French Open champion Maria Sharapova is one of those sportsperson who hasn’t heard of Tendulkar.

The Indian batting legend was present at the Royal Box in Wimbledon on Saturday, along with David Beckham and golfer Ian Poulter. When Maria was enquired about whether she knew about Tendulkar coming to watch her play, she replied negatively.

She was asked, “Sachin Tendulkar was the other person who came in at the same time as David. Do you know who Sachin is?” The five-time grand slam winner replied, “I don’t.”

However, on speaking about Beckham, Maria was quoted as saying by NDTV, “I’ve actually met him a couple times at events in LA and in London. He is a great guy. Besides being an incredible football player, he has done so much in his career, having a family, maintaining so many things off the court. He is a really nice person to chat to. We’re not best friends or anything, but it’s nice to be able to say hello and congratulate each other on achievements we’ve had in our careers and so on.”

“Yeah, I randomly met Michael Jordan at a private airport. I don’t even know why. I didn’t grow up watching so much basketball. I was like, Wow, that’s cool. I don’t really know the reason, but I think of all his success on and off the court, it’s great to meet someone like that. He recognized me, which is pretty cool I thought back in the day,” Maria said. 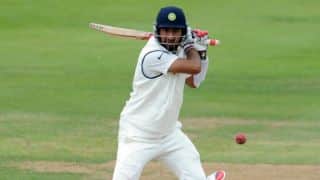