Maria Sharapova has been called an atheist for not knowing who Sachin Tendulkar is.

Tennis sensation Maria Sharapova caused a mini outrage in the cricketing world by claiming not to know Sachin Tendulkar. The current French Open champion was asked if she knew who Tendulkar, who was present at the All England’s Club to watch her play at Wimbledon, was. But Maria said she didn’t know. Twitter reactions to this have been varied.

The Indian cricketing legend is a keen follower of tennis and regularly attends matches at Wimbledon yearly. Despite being world cricket’s all-time record run-scorer, Tendulkar is still a relative unknown in countries where the game is not followed. Maria was born in Russia and now lives in the United States of America.

Some Twitter reactions likened her to Bollywood actress Alia Bhatt while others claimed she is an atheist. For many fanatic fans, Tendulkar is considered as a cricket ‘God’.

“I don’t know who is Sachin Tendulkar: Maria Sharapova.” Hence proved, she is an atheist. 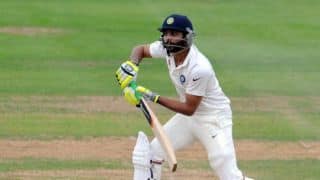