Mark Taylor said that Josh Hazlewood was playing a similar role in the Australian Test team as that of Glenn McGrath.

Sydney: Former Australian skipper Mark Taylor has compared Josh Hazlewood with bowling great Glenn McGrath, saying that the pace spearhead has begun his international career in a similar fashion as the latter had done. Hazlewood played a major role in his side’s crushing first Test victory by an innings and 52 runs over New Zealand, where he claimed six wickets overall for 117. The 51-year-old said that Hazlewood was playing a similar role in the Australian Test team as that of McGrath, who was arguably the best fast bowler in the world back then. Aaron Finch, David Warner, Josh Hazlewood rise in ICC rankings

He said that the towering bowler bowls a similar line and length deliveries to that of McGrath, adding that he hopes to see him leading the Australian pace attack for many years, the Sydney Morning Herald reported. Heaping more praise on Hazlewood, Taylor said that the right-hand bowler overcame his own injury issues before stepping up in the absence of Mitchell Johnson (retired) and Mitchell Starc (injury).

Hazlewood has taken 67 wickets at an average of 24.08 in his 16 Test appearances for his nation. Australia, which are currently leading 1-0 in the two-match Test series, will play their next match against New Zealand at Hagley Oval in Christchurch on Saturday.

In the latest ICC ODI rankings, four Australian cricketers have achieved their best positions ever. The players are destructive batsman David Warner, batting all-rounder Mitchell Marsh and fast bowlers Josh Hazlewood and John Hastings. Aaron Finch has regained his world No. 1 position for batsmen in T20 cricket. Virat Kohli of India had eclipsed him earlier. Warner has jumped three places up from 18th to 15th position in the current ODI rankings. Skipper Brendon McCullum gave himself absolute freedom, and stats prove he thrived in it 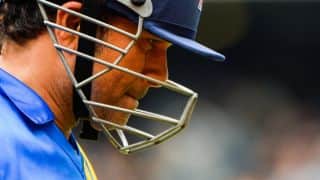