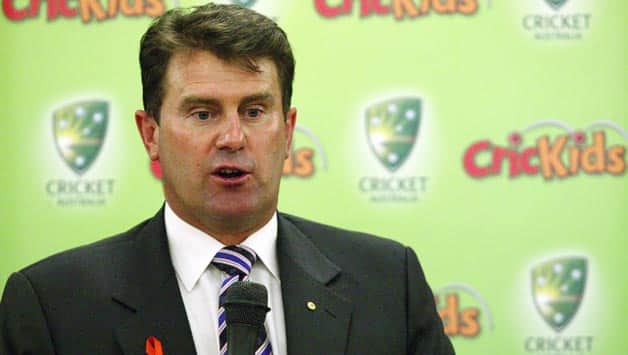 Taylor, who on Friday returns as a Board Member of the cricket governing body, says that the cash bonanza has put cricket on level with Australian Football League (AFL) and the National Rugby League (NRL) in pursuit of young talent, reports the Herald Sun.

“We have to look very closely at how we spend that money so we can get our team back to the best in world cricket. We’re going to have a really close look at our younger age groups to see if they’re producing the necessary talent coming through,” he said.

Taylor added, “At the moment, to be absolutely frank, I don’t see the batting talent coming through that I’d like to see in Australian cricket. We’ve got to do something there. I don’t have any answers at this stage but I think it’s an area we have to keep exploring.”

Taylor makes a comeback to the new streamlined board, with the help of Cricket New South Wales Chairman John Warn, who asked the state union to change constitution to get the former Australia captain.

Now, with his return, Taylor wants to see Australian cricket back to the helm.

“The one big positive about the T20 revolution is that it [the television deal] has made playing cricket at the top level very attractive to young people. There was a time not so long ago that there was really only the top 12 to 20 players who could call themselves full time cricketers. It’s probably now up towards a hundred and that number may well grow,” he expressed.

However, Taylor said Twenty20 cricket has its own drawbacks.

He said, “As much as people tell me you can switch from one to the other you can’t help but think that the idea of batting a session individually for 20 runs has almost gone out the door.”

“That tough period of grinding it out, I think batsmen still do that but they length that they tend to survive for before they play that big shot is shortening all the time. Maybe that will always be the case,” Taylor said.

“I can’t help but think if I was a young guy at 14 or 15 wondering, `what am I going to do’, I’d be thinking, `yes, I want to play for Australia, but boy I want to play that T20 stuff. That looks like a lot of fun and there’s good money in it’,” Taylor concluded.