England reclaimed a 2-1 lead in the seven-match T20 series 24 hours after a 10-wicket defeat against Pakistan. They won the third match by 63 runs to go ahead in the series once again.

New Delhi: Mark Wood made his return to the cricket field against Pakistan in the 3rd T20I game of the five-match series at the National Stadium in Karachi. The return was special for him as he fulfilled a promise he made one time on a hospital bed under the influence of anaesthesia.

England reclaimed a 2-1 lead in the seven-match T20 series 24 hours after a 10-wicket defeat against Pakistan. They won the third match by 63 runs to go ahead in the series once again.

Defending a formidable total of 221 runs, Mark Wood turned up the heat as he hit some of the fastest speeds ever recorded by an English bowler and picked up three for 25 from four fiery overs. During his spell, he bowled 97mph. It also reminded cricket fans of a promise he had made in the hospital when he was injured.

Mark Wood under anaesthetic in hospital. “I will still bowl fast.”

bowls 97mph in his first spell after return.

He had said, “I will still bowl fast.”

After the match, Mark Wood remarked, “It has been a long time. I felt pretty tired at the end with the intensity of international cricket but I will be good to go again. It was loud and the support in general has been really good. They are really knowledgeable about cricket and very supportive.”

He added, “I felt pretty good leading into the game. I’ve had lots of time training and in the gym but nothing beats playing a game. The challenge now is to back it up. I have a down day tomorrow where I’ll rest and get ready for the next game. What’s important to not to go too hard now and mean I’m not ready for the World Cup. I have to peak at the right time.”

Before the match, Mark Wood had not played any competitive cricket since suffering a serious elbow injury in March and the only signs of discomfort came from the opposition batters, who could not cope with his skiddy pace. 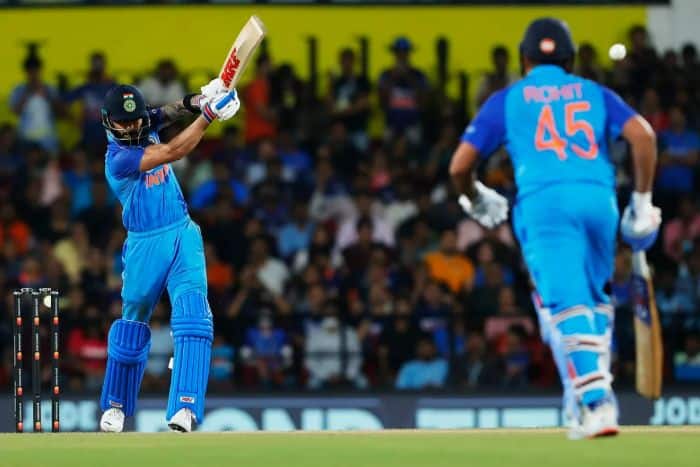