Samuels is expected to play a lead role in the team in the absence of Gayle.

Middle order batsman Marlon Samuels is relishing his return to the West Indies team ahead of the tour of India. Samuels, who was dropped in June, was recalled to the regional side preparing to play five One-Day Internationals (ODI), three Test matches and one T20 International in India.

The 33-year-old Jamaican cricketer says he plans to use his new opportunity to play to his full potential. “I am looking at staying on another two or three years to go hard and set the record straight with my talent,” said Samuels. “I still believe I haven’t shown my full potential as yet. I had some good seasons consistently, but there is a lot to come. Brian Lara’s world record, for example, is still on my mind,” reports CMC.

The 2012 Wisden Cricketer of the Year was dropped from the West Indies Test team after failing to score in both innings of the first Test against New Zealand at Sabina Park. Samuels also registered a series of low Test, and ODI scores on tours of India and New Zealand late last year.

“I saw it (exclusion) as an opportunity for me to go back and reflect on my life and my talent, while at the same time putting in some hard work,” said Samuels who averages 34.68 in 52 Tests and 31.35 from 159 ODIs. “I have also had a few injuries so I took the time to recover. But I am fit again and I am back and hopefully I will be able to continue the good work I have done in the past.”

Samuels is expected to play a lead role in the team given the absence of Chris Gayle who is still injured. “It’s always a wonderful feeling to wear the maroon and gold (colours) of the West Indies,” he said. “The journey continues and my story continues and, going forward, the intention is to go out there and put in the work.” 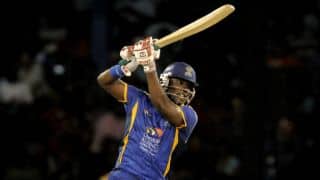 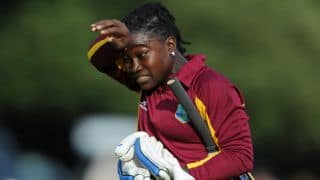