Resurgent West Indian stroke-maker Marlon Samuels, who hit a superb unbeaten century in a Twenty20 tour match on Sunday, is eagerly looking forward to the limited-overs and Test series against Bangladesh. 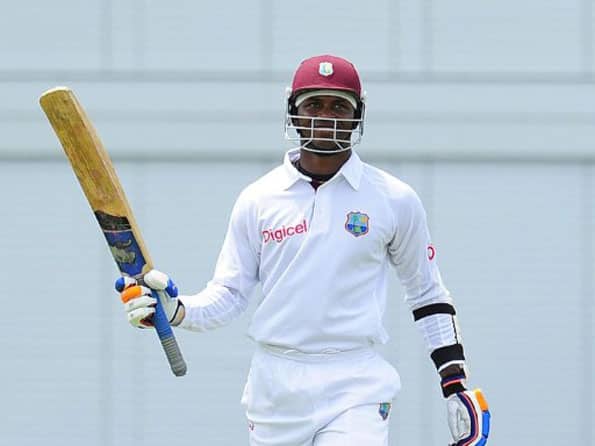 Marlon Samuels slammed 102 not out off 56 balls AFP

Resurgent West Indian stroke-maker Marlon Samuels, who hit a superb unbeaten century in a Twenty20 tour match on Sunday, is eagerly looking forward to the limited-overs and Test series against Bangladesh.

Samuels, who only returned to international cricket this year following a two-year ban for inappropriate ties with an Indian bookmaker, hit 102 not out off 56 balls to fire the tourists to a 75-run win over a Bangladesh Cricket Board XI.

“I played really well and that has really given me the confidence. I hit the ball nicely and I was able to find the gaps, so for me that was quite satisfying,” he said.

“I played some good shots but I also batted smartly and that was the key. We have the big One-Day matches and then the Tests. I feel ready to take on the Bangladesh bowlers.”

Samuels’s return to international cricket has been mixed, however, with two half-centuries in six innings interspersed with four single-digit scores.

He has been equally inconsistent in One-Day Internationals with just a single half-century in nine innings.

However, the talented 30-year-old said he was enjoying his return to the game and would improve with more cricket under his belt.

“I have a very good coach back in Jamaica who used to tell me that once you have a good technique you don’t need to worry about the format of cricket as it (technique) will pull you through. I love batting in Test cricket, but I also enjoy the other formats of the game as well,” he said.

“There were ups and downs, but now I am trying to put them behind and move forward. I have been given the opportunity to play consistently for the team which I always wanted and you will see the best of me.” (IANS)