Marriage will reignite the fire in Smith: Wessels

Marriage will reignite the fire in Smith: Wessels

Former South African cricket captain Kepler Wessels feels current Test skipper Graeme Smith's interest in the game had taken a tumble but the hunger could be back after his recent marriage to Irish singer Morgan Deane. 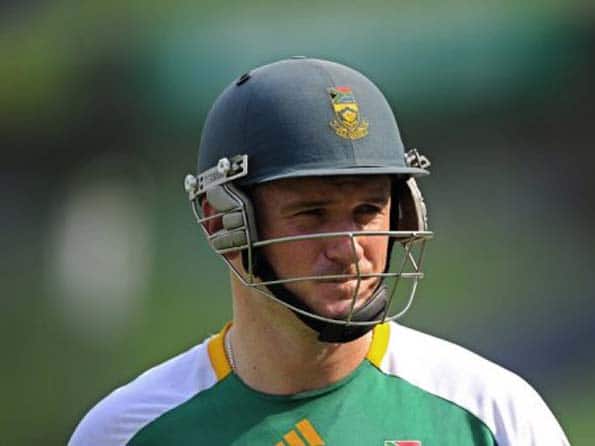 Former South African cricket captain Kepler Wessels feels current Test skipper Graeme Smith’s interest in the game had taken a tumble but the hunger could be back after his recent marriage to Irish singer Morgan Deane.

Wessels told ‘Sportsday’ since Smith has relinquished his one-day and Twenty20 captaincy to AB de Villiers, he could be hitting big knocks more often.

“The whole thing comes down to his hunger for the game — how hungry he still is to play, how hungry he is to perform well. That’s what it’s all about,” Wessels said.

Wessels hoped that “Smith’s new reality” would spark a revival in what he felt was a flagging appetite for the game.

“If the changes he has made bring back the hunger he had in the past, that would be a good thing,” Wessels said, adding that Smith’s future success could also be dependent on his fitness as he is currently recovering from knee surgery.

“(Smith) has had a lot of injuries in the past few years, and I don’t know whether that is related to his desire to really want to play,” Wessels told the daily.

Smith exchanged wedding vows with Deane at a church not far from Newlands Stadium in Cape Town.

Earlier this year, Smith came under fire for not returning with his teammates to face the music after the quarterfinal loss in the World Cup. He had opted to go directly to Ireland to meet his girlfriend Deane.

Teammates at his wedding included Jacques Kallis, AB de Villiers, Paul Harris and new coach Jacques Kallis Notably absent was Herschelle Gibbs, with Smith reportedly having been upset about revelations by the former Proteas opener in his tell-all autobiography “To the Point”.

Exclusive: MS Dhoni and the Chamber of Secrets