Guptill returns after been sidelined with a hamstring strain, while Patel last featured for the side in the ODI series against Bangladesh earlier in the summer.

BLACKCAPS opening batsman Martin Guptill and off spinner Jeetan Patel have been named in the squad for the fourth ANZ ODI in Hamilton on Wednesday.

Guptill returns after been sidelined with a hamstring strain, while Patel last featured for the side in the ANZ ODI series against Bangladesh earlier in the summer.

Matt Henry drops out of the squad and will play for Canterbury in the Plunket Shield match beginning today at the Basin Reserve.

BLACKCAPS Selector Gavin Larsen said it was pleasing to have Guptill back in the squad.

“We’ve been cautious bringing Martin back, but we’re excited to have him available for the remainder of the ODI series,” said Larsen.

“He brings power to our top order and his white ball record speaks for itself.”

Larsen acknowledged the decision to bring in Patel was based on what previous Hamilton pitches had shown.

“We saw in the opening ODI that Seddon Park had something in it for the spinners and we want to be well-covered should it be a similar situation this time around.”

“We already have two spinners in Mitch and Ish within the squad, but Jeetan provides a different set of skills again. He’s experienced and his quality is well known.”

A squad for the fifth ODI will be named following the Hamilton match. 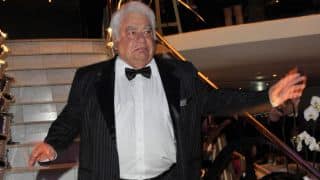