Martin Guptill achieved the milestone in his 90th ODI innings.

Guptill achieved the feat in 90 innings, eclipsing Nathan Astle‘s record of achieving it in 93 innings. Following is the list of the New Zealand batsmen to have reached the milestone in the least number of innings:

The third ODI between New Zealand and Sri Lanka was called off after incessant rain, that interrupted the course of the game twice before a third spell of shower forced the match officials to take the decision. Guptill shared a 99-run partnership with Tom Latham to guide New Zealand to a strong position of 139 for one, before Sri Lanka skipper Angelo Mathews took a couple of quick wickets to halt the hosts’ progress. The two sides will meet at Nelson for the fourth one-dayer. 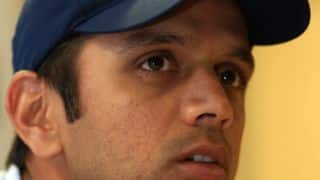