Guptill, who scored 5 in the previous T20I of the series, was 58 runs short of surpassing Brendon McCullum, who topped the list.

During the fifth T20I of Trans-Tasman T20I tournament between New Zealand and Australia, Martin Guptill became the highest run-getter in the shortest format of cricket. Guptill, who scored 5 in the previous T20I of the tournament, was 58 runs short of surpassing Brendon McCullum, who topped the list. Opening with Colin Munro against Australia on Friday at Auckland, Guptill took the team off to an aggressive start and put up a 132-run partnership. He was later joined by Tim Seifert as he reached the milestone.

Guptill took 73 matches, two more than McCullum, to surpass the numbers. He is also second in the list of most sixes in T20I career, following Chris Gayle. Following Guptill and McCullum in the list is Indian skipper Virat Kohli, who is the only of the top three to have not hit a T20I century. 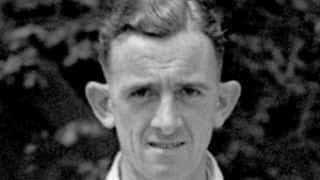 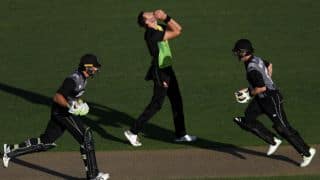