Guptill said the match had provided a chance for all New Zealand’s leading batsmen to spend time at the crease but he warned that conditions would be different when New Zealand went into the first Test against South Africa in Cape Town on Wednesday.

“It’s not ideal having such a low, slow wicket here leading into a Test match,” he said. “We know it’s going to be a bouncy wicket at Newlands.”

Guptill had to wait until after lunch before making 68 not out on the final day of the three-day, 12-a-side match against a team drawn from South Africa’s amateur provincial competition.

New Zealand’s bowlers could take only one wicket during the morning as the Invitation XI advanced from their overnight 274 for six to 359 for seven, a lead of 48 runs, before declaring at lunch. Teenager Keegan Petersen and Petrus Jeftha, who both play for the local Boland provincial team, made unbeaten half-centuries.

The tourists made 117 for two in their second innings before the match was called off as a draw. Dean Brownlie was given permission to bat, despite not being in the 12 players nominated for the match, following a tour-ending knee injury to Peter Fulton in the first innings. He was out for six. 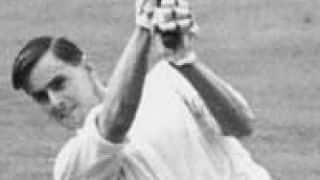