Martin Guptill broke numerous records in his unbeaten 180-run knock versus South Africa at Hamilton. Nonetheless, he has been struggling for form in Tests.

New Zealand batsman Martin Guptill‘s record-breaking performance in the fourth ODI of the five-match series against South Africa is not enough to secure him a Test recall, Black Caps coach Mike Hesson said Thursday. Guptill smashed an unbeaten 180 off 138 balls as Kiwis beat South Africa by 7 wickets in Hamilton on Wednesday, the highest-ever score by a New Zealander against the Proteas. It was also New Zealand’s third-highest ODI score overall, bettered only by Guptill’s own 189 against England in 2013 and his 237 against the West Indies in 2015. Hesson acknowledged Guptill’s knock was “exceptional” but said the 30-year-old had already been tried at Test level and found wanting. READ: Records galore for Martin Guptill at Hamilton

He said Guptill would not feature in New Zealand’s squad for the three-Test series against South Africa beginning in Dunedin next Wednesday. “He’s not in the Test side, I think you’ve probably got to look at Martin’s record at the moment and make that decision. There’s plenty of examples around the world of players who have been extremely good at one format and not the other, hence there’s three different formats”, Hesson told.

Guptill averages 43.98 in ODIs but only 29.38 in Tests. The discrepancy has become even more stark recently, with the batsman averaging almost 60 in 50-over game over the past two years while his Test returns were stuck on 28.93.He was dropped from the Test squad after last year’s tour of India, where he managed only one half-century in six innings. Hesson said Guptill may have a chance to revive his Test career as a middle-order batsman, rather than an opener, but he would have to prove himself in domestic cricket first.

“We’ve decided the middle order’s the place for him to push his case,” he said. Guptill said he would do whatever was needed to play red-ball cricket again. “I’ll bat wherever, it doesn’t matter if it’s at 11,” he stated. Guptill’s 180 helped New Zealand level the ODI series at 2-2, setting up a winner-takes-all clash in the fifth and final match at Auckland’s Eden Park on Saturday. 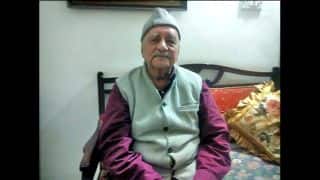