Bangladesh captain takes the stand after unpalatable responses by fans on a photo uploaded by teammate Nasir Hossain.

Dhaka: Mashrafe Mortaza, Bangladesh’s One-Day International (ODI) skipper who steered his side to a new era of success, has deactivated his official Facebook fan page. He told bdnews24.com that he was irked by the abusive comments on a photo uploaded by his teammate Nasir Hossain and the move was to protest and stand by his colleague. READ: Mashrafe Mortaza puts retirement on hold after Bangladesh’s qualification for ICC Champions Trophy 2017

Hossain had uploaded a photo on his fan page of his return home with his younger sister after winning the Bangladesh-India series. A number of followers made lewd remarks. Hossain later took down the photo and Mortaza had publicly criticised such response from followers.

“I shut down the page only for Nasir. To be with Nasir and protest such incident, I have taken down my official page as a protest. If we have such bad experience after opening a Facebook page, I do not need this,” said Mashrafe. 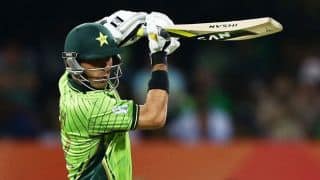