Pakistan might be in the eye of storm after guilty verdicts against three of its cricketers but Australian speedster Brett Lee believes match-fixing is not restricted to the sub-continent and can happen anywhere in the world. 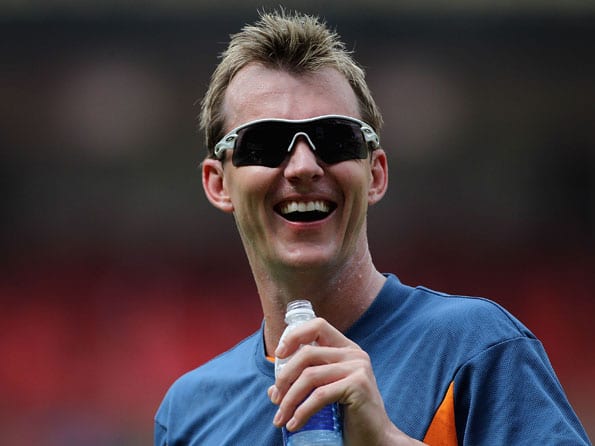 Pakistan might be in the eye of storm after guilty verdicts against three of its cricketers but Australian speedster Brett Lee believes match-fixing is not restricted to the subcontinent and can happen anywhere in the world.

But Lee maintained that he never felt anything suspicious about his colleagues against whom he has played so far in his career.

“What I will say publicly is that it’s not just the subcontinent and I don’t want to focus on Pakistan or India or people might think it’s because (of) the subcontinent,” the affable pacer was quoted as saying by the ‘Australian Associated Press’.

“It’s every day, (an) every walk of life type of thing and it’s not just cricket.

“The most important thing is, I believe, that every time I walked out on the field, and the players that have played with me, there was certainly nothing that would ever make me think personally that there was something dodgy going on,” he added.

In his new autobiography ‘My Life’, Lee writes about an incident when he was approached by a man with potential links to bookmakers during the 2009 Ashes series.

However, Lee said he has never been approached by anyone to deliberately alter his bowling to change the course of a match.

“We were in a bar/hotel set-up. A guy came and offered to buy us a drink. I just didn’t feel right, reported it to the team manager and then it turned out that he was potentially, if not, a bookmaker,” he said.

“There was nothing ever said but I just didn’t feel right in that circumstance. I actually did walk away. Have I ever been asked to bowl (a particular way by a bookie)? No,” said Lee.

Pakistan cricketers — Salman Butt, Mohammad Aamer and Mohammad Asif — are awaiting their fate in Southwark Crown Court in London after being convicted in the spot-fixing scandal that came to light last year.

The 34-year-old Australian said the corruption scandal has made players very apprehensive and wary of getting into a conversation with strangers.

“You guys might ask what the pitch going to do tomorrow,” he said.

“How do you answer that these days? It’s sad that it could get to that state.”

He said this scandal will tarnish cricket’s image to an extent but the game would soon bounce back.

“It’s sad more than anything because they’ve gone down a path unfortunately, whether through bad advice or just a bad call. They’re going to pay the price,” he said.

“…It’s a horrible moment because these young guys have got some serious talent.

“I do believe that cricket has got a great image. This will obviously tarnish it to a certain extent but I do believe that rather than focusing on the negatives that we can focus on the positives.

“Yes, it’s an issue. It’s hopefully been dealt with but I always look to the positives,” he added.(PTI)

Interesting tussle ahead between Ojha & Ashwin in the series against Windies

There is no match-fixing in Indian cricket: Jaywant Lele