Hello and welcome to our live coverage of 1st semi-final of ICC Cricked World Cup 2019 between India and New Zealand at Old Trafford, Manchester on Tuesday.

MANCHESTER: It just had to happen, didn’t it? A cracker of a contest which could not take place in the round-robin stage of the World Cup due to rain, is finally happening. The moment Nathan Lyon holed out to Andile Phehlukwayo in the deep in the final league match of the World Cup 2019, India’s date with New Zealand was guaranteed. Only this time, there’s a lot more riding – with a World Cup final at Lord’s beckoning. The game has been billed as the World No. 1 ranked India taking on the ever-consistent New Zealand.

But is that even true? ALSO READ: India’s bossing of league stage a stern warning for New Zealand

From remaining unbeaten in the first six matches, New Zealand’s World Cup campaign has kind of skidded off the road following a hat-trick of losses against Pakistan, Australia and England. Some feel New Zealand don’t even deserve to be in the final – they only made it when Bangladesh scored an eighth run against Pakistan. But what matters is that New Zealand are here, with a hope of having pressed the reset button which Kane Williamson emphasised on after the loss to England.

Standing in front of them is India – a side that has bossed the league stage. Do India have the upper hand? Most certainly. But can New Zealand prove Ian Chappell and many other like him wrong? Most definitely.

Overall, New Zealand lead India 4-3 in World Cup matches. They had also beaten India in the final of the 2000 Champions Trophy and the league game of the 2016 World T20. In the last three World Cups, India have lost just three matches. It is quite something. But New Zealand are in the final four for a reason too. Trent Boult has troubled India’s top order with his left-arm pace. Lockie Ferguson is expected to be back and Mitchell Santner, as per Virat Kohli, adds a variety to their attack.

Having said that, Williamson and Ross Taylor firing in bits and pieces, the rest of the New Zealand bats have gone cold. Except Afghanistan, New Zealand is the only team in the tournament who don’t have a 300 in the tournament and between their No. 4 and No. 7, the highest score is 95. They have an opening conundrum to address. Martin Guptill has hot just one fifty whereas Colin Munro and Henry Nicholls have combined to score 133 runs from eight innings. Against a bowling attack like India, New Zealand’s batsmen face a daunting task.

It wasn’t too long ago that the two sides had met in a five-match series, in which India beat New Zealand comprehensively on their soil after a 10-year long gap. And this was when Kohli had left the series after three games, by the time India had already ensured that the series was theirs. No better opportunity for New Zealand to land a timely blow, get revenge and seal a passage to a second straight World Cup final. 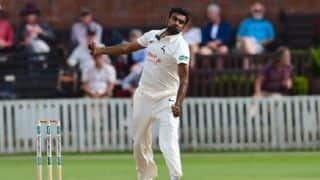 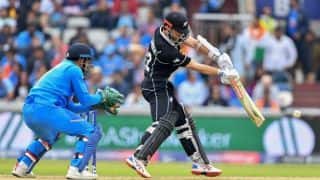