West Indies drew level at 1-1 after beating India by 43 runs in the third ODI in Pune on Saturday.

Despite captain Virat Kohli s third successive century on the trot in ODIs, India succumbed to a 43-run against West Indies in the 3rd ODI at the Maharashtra Cricket Association Stadium in Pune. With this win, the visitors drew level at 1-1 in the five-match series with two more games remaining.

Shai Hope was the star for West Indies compiling a resolute 95 that laid the foundation for a competitive total of 283/9 on a two-paced track, which was followed by a disciplined bowling attack led by Ashley Nurse. Kohli continued his excellent form with the bat, recording his 38th ODI century but that wasn’t enough to secure a win as India were bowled out for 240 in 47.4 overs. 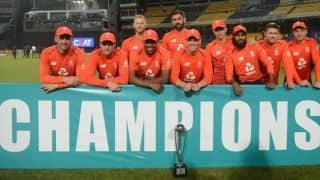 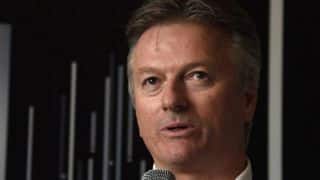