Hello and welcome to our live coverage of Match 25 of ICC Cricket World Cup 2019 between New Zealand and South Africa at the Edgbaston, Birmingham on Wednesday.

For one, these two teams do not do dull when it comes to the World Cup. No, really, they don’t.

The 2011 quarter-final in Dhaka. The 2015 semi-final at Eden Park. In 2003, during a league match, South Africa made 306 and lost to New Zealand in a Duckworth-Lewis effected match thanks to Stephen Fleming’s defining ODI innings.

There are tasty subplots, too. The supreme skill of Imran Tahir against a New Zealand batting lineup that against Bangladesh – in a match they won by two wickets – looked like it would lose its marbles. The impending return of Lungi Ngidi, who has not played a match since June 2. The question of whether South Africa will persist with Hashim Amla.

Kane Williamson‘s New Zealand are unbeaten in the tournament, having beaten Sri Lanka, Bangladesh and Afghanistan and then taking one point from the washout against India. They sit at second place on the World Cup leaderboard, with seven points. A win over South Africa will put them at the top. Like Australia, New Zealand cricket teams have the ability to up their levels at World Cups. What better team that South Africa, floundering in their campaign, to try and bury?

And then, a touch of history. The last time South Africa beat New Zealand in a World Cup match was – wait for it – 20 years ago. At Edgbaston, of all places. 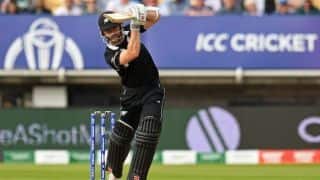 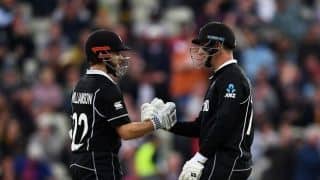