Bhuvneshwar Kumar's five-for completely changed the complexion of the match.

India beat West Indies by 237 runs to win the third Test at St. Lucia and clinch the four-Test series, with one match to go. India had already won the series opener at Antigua whereas the second Test ended in a draw. Virat Kohli would be really happy with the performance of his boys as they were reeling at 126 for 5 on Day One but stood the test of time to win the match well before stumps on the final day. Day Three was entirely washed out due to rain but West Indies sudden collapse in their first innings opened the gates for the visitors and they pounced on the slight advantage given to them to nail the series. Full Cricket Scorecard: India vs West Indies, 3rd Test match

Winning the toss, Jason Holder invited India to bat on Day One and his bowlers were well on target but a brilliant partnership between Ravichandran Ashwin and Wriddhiman Saha bailed India out of troubled waters. Both the batsmen scored centuries and took the total to 353. West Indies were 107 for 1 at stumps on Day Two but collapsed on Day Four, after Day Three’s play got washed out, to hand India a big lead of 128 runs. Bhuvneshwar Kumar‘s five-for completely changed the complexion of the match. ALSO READ: Bhuvneshwar: IND can get WI out again

India piled up 217 for 7 in their second innings and did that at reasonable pace to give the hosts almost an entire day to bat out and try and chase 346 runs to win. West Indies collapsed further as wickets tumbled like nine pins, on Day Five, with Mohammad Shami chipping in with 3 wickets while others chipped in as well. Full cricket updates: India vs West Indies, 3rd Test, Day 5 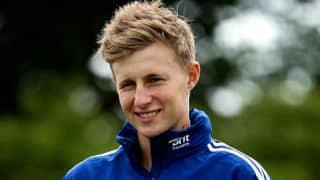 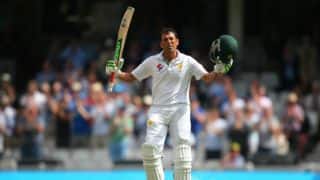