Stand-in England captain Matthew Prior praised his team for improving during their tour opener against the West Australia Chairman's XI despite managing only an unconvincing draw against the second-string side. 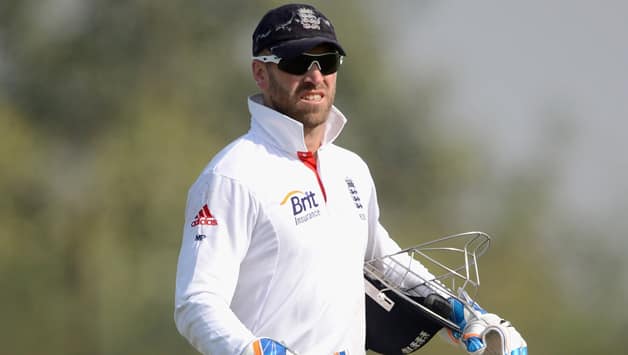 Stand-in England captain Matthew Prior praised his team for improving during their tour opener against the West Australia Chairman’s XI despite managing only an unconvincing draw against the second-string side.

The three-day match in Perth ended when the home team called a halt at 168 for five in their second innings, representing an overall lead of 228 after England was dismissed for 391 in reply to the Chairman XI’s 451 for five declared.

Up against a side comprising fringe First-Class players, the tourists were largely disappointing, aside from centuries to key batsmen Ian Bell and Jonathan Trott.

They didn’t appear to have gained much insight into their best side for the first Brisbane Test, starting on November 21, with almost all their fringe players failing to fire.

However, Prior said the England team got exactly what they needed from the outing, claiming the tourists improved markedly as the match went on.

“I think we got a huge amount from it,” he said. “In all departments, we gradually got better throughout the game, certainly in the field, and from a fielding and bowling point of view.

“The first day obviously wasn’t great. But there’s reasons for that — a bit of rustiness — and that’s why we’re here four weeks early.

“To make sure we have the games and to clear the cobwebs before the first Test match.”

England rested several key players for the match, including captain Alastair Cook (sore back), allowing the opportunity for some Test hopefuls to push their claims, most notably for the third seamer’s position and the spot at No 6 in the batting order.

Pace trio Chris Tremlett, Steven Finn and Boyd Rankin all laboured  with the ball, taking seven wickets between them in the match, but just two in the home team’s first innings.

Tremlett finished with just one wicket for the match, while Finn and Rankin picked up three each, and the trio conceded 425 runs between them.

However, Prior said he was pleased with the trio’s bowling on the final day.

Batting hopefuls Gary Ballance, who was dismissed first ball, and Ben Stokes (4) also failed to grasp their opportunity, although Michael Carberry made the most of his chance at the top of the order, making 78 to advance his cause.

The tourists’ fielding also left a lot to be desired, with six catches going to ground.

One positive for England was the form of key batsmen Bell and Trott, who both scored centuries.

Trott hit an unbeaten 113 and Bell retired when on 115, the pair spending valuable time in the middle as they shared in a 197-run partnership before the latter decided to give his teammates the chance for some time in the middle.

Trott batted for 342 minutes, hitting 10 fours and one six, while Bell, who led the aggregates in the Ashes series earlier this year, faced 165 balls with 19 fours and two sixes.

Queensland’s Chris Lynn followed up his 104 with an unbeaten 61, while star WA all-rounder Mitch Marsh also performed strongly with quick-fire knocks of 58 and 62.

England’s next tour game is a four-dayer against Australia A, starting in Hobart on Wednesday.