Prior cited concerns over his fitness levels and niggling injuries for his decision.

England‘s much vaunted wicket-keeper Matt Prior has announced that he is taking a break from cricket citing unhappiness over his fitness levels. The South African-born Prior hoped that he would make a speedy comeback to cricket. The 31 year-old’s performances have come under intense scrutiny in recent months after persistent poor shows with the bat and behind the stumps. Prior’s made his decision just a few hours after England crashed to yet another Test defeat, this time to India by 95 runs at Lord’s.

Calls for removing prior first surfaced when he was one of the names that was singled out for England’s humiliating 0-5 whitewash in Ashes 2013-14. He was dropped midway through the series too. On the shocking latest development in his career, Prior told The Guardian ” The decision I’ve made is that I’m unavailable for the rest of this series due to my fitness,” he said. “I’m not retiring or anything like that – I would still love to play for England and I still know what I can offer England – but right now I’m not physically able to be at the level I need to be in order to perform at my level. I’m not doing justice to myself and more importantly the team and that is what matters first and foremost.

In the report, Prior also lamented his nagging troubles with injuries in recent times “I’ve had a combination of injuries that have had an impact. My achilles, everyone knows about and is an ongoing problem and my goal was to get it to a manageable place. I tore my quad before the first Test and my right hand has been beaten to a pulp, but the main issue is the achilles. Now we have the time, I want to be pro-active about how we deal with it so I imagine that I’ll have an operation.”

Prior also acknowledged the fact he might not find a way back in the English set up with young Jos Buttler impressing in the One-Day Internationals (ODIs) against Australia and Sri Lanka recently, “It is a huge decision and not one I’ve taken lightly obviously,” Prior said. “I could have played my last game. I want to go out having won the Ashes again and dancing on the podium, but if this is my last game then it is certainly not the way I envisaged going out.”, Prior said.

“If that happens and I don’t play again, then that was my lot. I’ll be disappointed because there are a few things that I wanted to achieve and thought I would, but I can also look back and know I did some pretty good things.

“The toughest part of the decision has been the situation we’re in. I wanted nothing more than to help us get through it and come out the other side.” 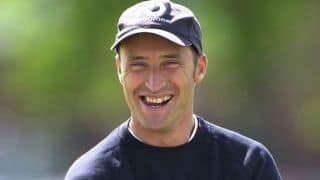 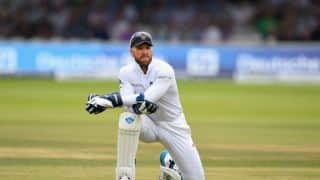