Renshaw's time with Somerset will be cut short, with the 22-year-old set to leave Taunton in August.

Australia opener Matt Renshaw continued his excellent form for English side Somerset with a third County Championship hundred in eight innings on Saturday. The left-hander’s 106 was the centrepiece of Somerset’s 307 for seven on the opening day of their match at home to First Division leaders Nottinghamshire.

Renshaw faced 171 balls, including 12 fours and two sixes. His innings ended when he was bowled by Matthew Carter trying to hit the off-spinner back over his head. Renshaw’s time with Somerset will be cut short, with the 22-year-old set to leave Taunton in August, before the end of the English season, following an Australia A tour call-up.

The Queensland cricketer, who was born in the Yorkshire town of Middlesbrough, only joined Somerset as an overseas player after the county effectively ripped up the contract of fellow Australian batsman Cameron Bancroft as a result of his role in the ball-tampering scandal during the third Test against South Africa in March.

Bancroft, who applied sandpaper to the ball in Cape Town in a clear breach of cricket’s rulebook, was given a nine-month ban from Australian domestic and international matches by Cricket Australia, but his suspension did not apply to county cricket.

Instead Renshaw, who will hope he can put his county experience to good use during an Ashes tour of England next year, has now become the latest Australian import to star for Somerset, joining an illustrious list that includes Colin McCool, Bill Alley, Greg Chappell, Steve Waugh and, more recently, Justin Langer, the Australia coach. England vs India, Test series: James Anderson to rest for 6 weeks ahead of 1st Test 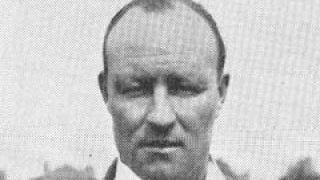