The former Kent and England all-rounder Matthew Fleming was named the new president of MCC on Wednesday. The 51-year-old English will take up the post on October 1, 2016 after he was nominated by the current incumbent, Roger Knight, at the club AGM at Lord’s. He is set to become the youngest chairman of MCC for 36 years since Peter May served in 1980. Fleming is the current Chairman of Cricket, having been elected in October 2013. Fleming thanked Knight and said that he has been honoured to have been nominated. “I would like to thank Roger Knight for nominating me to succeed him as MCC president. I am very honoured and very humbled to be asked to follow in the footsteps of some of the most extraordinary people ever involved in the game,” he added. READ: At 40, Marcus Trescothick still rules English domestic cricket

According to ESPNCricinfo, Knight talking about his decision to nominate Fleming said, “It is important to me to nominate a member who is well versed in, and fully supportive of, the ethos of MCC and who will be recognised, not only within the club, but also in the wider world of cricket,” said Knight.

“Matthew was a fine allround cricketer, who captained Kent with distinction and who earned England recognition in one-day internationals. A brilliant cover-point fielder, he was often a daring cricketer – indeed his first two scoring shots in first-class cricket were sixes.

“He understands present-day cricketers, as a former Chairman of the Professional Cricketers’ Association, and is respected widely around the game. Matthew will undoubtedly be an excellent President of MCC,” he said.

Fleming played First-Class cricket from 1989 to 2002. He scored 9206 runs for Kent at an average of 30.18 and took 290 wickets at 35.91 in 219 first-class appearances. He also played in 11 One-Day Internationals (ODIs) for England in the late 1990s, and has since gone on to play a lead role in the MCC Foundation’s work in Afghanistan, where he has worked closely with charity Afghan Connection to help develop the country’s cricket programme. 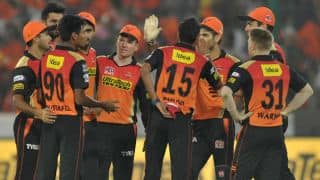