Former Australian cricketer Matthew Hayden will host Indian cricketers Mahendra Singh Dhoni, Suresh Raina and few others for dinner in his house at Brisbane on Monday. 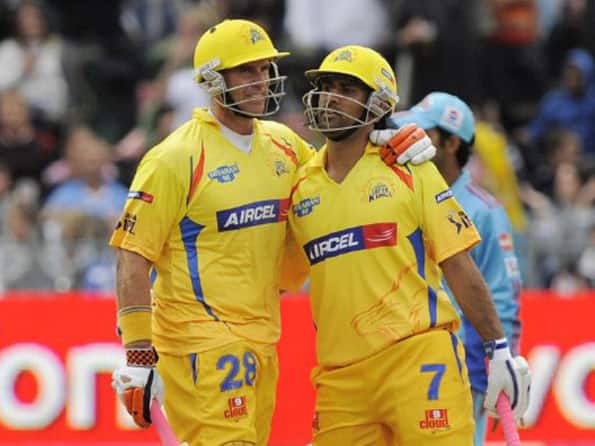 Former Australian cricketer Matthew Hayden will host Indian cricketers Mahendra Singh Dhoni, Suresh Raina and few others for dinner in his house at Brisbane on Monday.

On Monday morning, Hayden shared a picture of him cooking food for the Indian cricket team members at his home in Brisbane, on Facebook.

“Looking forward to hosting some of my good mates from the Indian Cricket team at my home in Brissy tonight, and currently prepping the feed I’ll be cooking up for the boys.. Satheesh, MS, Raina, Parthiv, Aswin & Arun – you’re in for a treat!,” he shared on his Facebook page.

After his retirement from the Australian team, Hayden played in the cash-rich Indian Premier League for Chennai Super Kings along with Dhoni, Raina, Parthiv Patel and Ravichandran Ashwin.

Hayden was a part of the Chennai Super Kings squad for four seasons of IPL.

He also played for the Brisbane Heat in the revamped KFC Twenty20 Big Bash league in Australia. He scored 207 runs from seven matches in the 2011-12 Big Bash league.

Hayden also appeared for a lifestyle show in a unique and intimate six-part series involving cooking and also interviewing.

Robin Bist catches the eye with his run of big scores