Mayank Agarwal surpassed Shreyas Iyer's tally of 1,947 runs which the Mumbai batsman had gathered in the 2015-16 season.

Karnataka‘s leading batsman Mayank Agarwal became the highest run-scorer in an Indian domestic season. Agarwal, a mainstay in the side’s domestic affairs across formats, has amassed over 2,000 runs in the 2017-18 season. He thus surpassed Shreyas Iyer’s tally of 1,947 runs which the Mumbai batsman had gathered in 2015-16. Third on the list is Wasim Jaffer, who had scored as many as 1907 runs in 2008-09.

In the latest Ranji Trophy season, Agarwal scored 1,160 runs in 5 matches at an average of 105.45 and strike rate of 69. His Ranji Trophy haul included a triple-hundred, a total of 5 centuries and 2 of half-centuries. In the Syed Mushtaq Ali Trophy that followed, Agarwal emerged as the second-highest run-getter for Karnataka with 258 runs from 9 matches. He scored 3 half-centuries including a 41-ball 77 against Mumbai.

Agarwal had a successful Vijay Hazare Trophy as well. He scored 3 centuries and had 3 more knocks in excess of 80 to guide his side to the final of the contest. He has also 94 in the final against Saurashtra. However, despite his superlative form in the domestic circuit this season, Agarwal did not find a spot in the second-string Indian team that will travel to Sri Lanka for Nidahas Trophy. Nonetheless, his brilliant form handed him a contract worth INR 1 crore during the IPL 2018 auctions. He will play for and Kings XI Punjab this season. 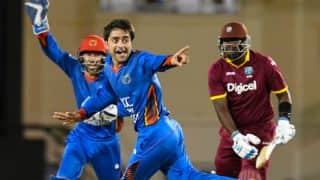