Currently, DD are five for the loss a wicket in two overs with opener, Shreyas Iyer batting on one.

Delhi Daredevils (DD) opener, Mayank Agarwal was dismissed for a mere single after being caught by Umesh Yadav at deep fine leg off Morner Morkel, against defending champions Kolkata Knight Riders (KKR) in match 17 of the Indian Premier League (IPL) 2015 at the Feroz Shah Kotla Stadium in Delhi on Monday. Currently, DD are five for the loss a wicket in two overs with opener, Shreyas Iyer batting on one and skipper, JP Duminy coming in. LIVE Scorecard: Delhi Daredevils vs Kolkata Knight Riders 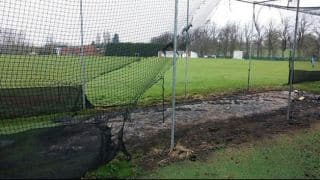 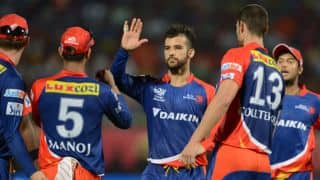