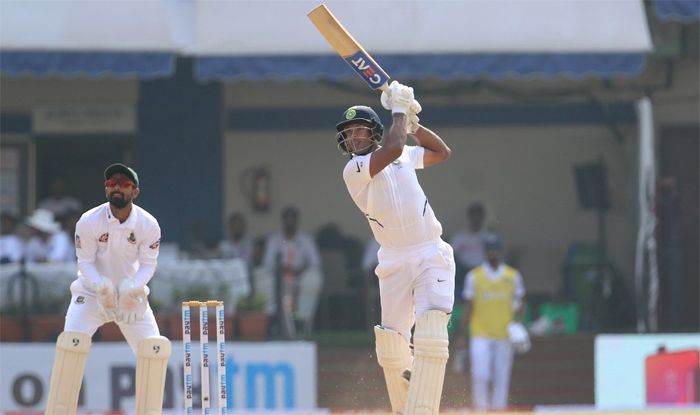 Mayank Agarwal has played just eight Tests for India since December last but such has been his impact in the last 11 months that he may have cemented the opening slot in India’s Test-set up for good, feels former India batsman VVS Laxman. Agarwal, who made his India debut during the Border-Gavaskar Trophy last year Down Under which India won 2-1, has since gone on to score 858 runs at a phenomenal average of over 70. In that while, he has scored three centuries, two of which have been converted in doubles, including a career-best 243 against Bangladesh in the recently-concluded first Test in Indore.

For a long time, when he was a regular feature for Karnataka in India’s domestic circuit, Agarwal was getting out in the 20s and 30s. Then came the record-breaking season 2017-18, in which Agarwal scored over a 1000 runs on First-Class cricket and was the leading run-scorer in the Ranji Trophy with 1160 runs. Safe to say, Agarwal has taken his wonderful run forward in international cricket, recording double centuries in back-to-back Test series.

“The biggest influencer of the first Test was a young man who, in the last 11 or so months, has made giant strides in international cricket. It is almost unimaginable that just over two years back, Mayank Agarwal was unsure of his place in the Karnataka Ranji Trophy team,” Laxman wrote on Monday’s column for Times of India.

“Inconsistency was weighing him down until honest self-assessment, followed by changes as much to his mindset as his technique, brought about a spectacular run of form, including more than 1000 FC runs in a month.

“Since that phenomenal November in 2017, Agarwal has gone from strength to strength. He stacked up runs by the thousands across formats for Karnataka, South Zone and India A, thereby breaking open the door to national selection. Once he got in last December, he has made the opening slot his own. Twice in the last four Tests, he has converted a century into a 200-plus score. Having spent years trying to force his way into the Test squad, he knows the value of patience.”

During his knock in Indore, Agarwal was imperious with his shot selection, often chipping down the wicket and disdainfully whacking spinners Taijul Islam and Mehidy Hasan over the top. He hit eight sixes, all against the spinners and his control percentage was 96 bloody amazing for a batsman facing 330 balls. Impressed by this trait, Laxman cannot wait to see how Agarwal fares against the pink ball when India played their maiden Day-Night Test in Kolkata starting Friday.

“Essentially a front-foot player who favours the cover drive, Agarwal is also improving other aspects of his batting, especially against the short ball. For an opening batsman, his command over spin is exceptional. His footwork is decisive and positive, not just when he steps out to clear the boundaries with ridiculous ease but also when he goes deep into the crease and manoeuvres the ball square on either side,” Laxman, who played 134 Tests and 84 ODIs for India, added.

“However, the biggest indication of his maturity is that he has not tried to bat differently in international cricket. Instead, he has seamlessly extended the formula of run-making cracked at the domestic level. I can’t wait for the second Test, when India will make history by playing their first day-night Test. Any journey into the unknown is exciting.” 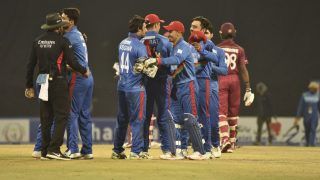